On June 13th at the Skä•noñh – Great Law of Peace Center, join us as we welcome distinguished professor of history at SUNY Geneseo, Dr. Michale Oberg, to discuss the common misconceptions about the the Carlisle Indian Industrial School; why Onondaga young people attended the school; their experiences; and their feelings about the school after they left and returned home.

About the presenter: Michael Leroy Oberg, the author of Native America, is Distinguished Professor of History at SUNY-Geneseo.  In addition to this textbook, he has written the following works: Dominion and Civility: English Imperialism and Native America, 1585-1685 (Ithaca: Cornell University Press, 1999); Uncas: First of the Mohegans, (Ithaca: Cornell University Press, 2003); Samuel Wiseman’s Book of Record: The Official Account of Bacon’s Rebellion in Virginia, (Lanham: Lexington Books, 2005); The Head in Edward Nugent’s Hand: Roanoke’s Forgotten Indians, (Philadelphia: University of Pennsylvania Press, 2007); the first edition of Native America; Professional Indian: Eleazer Williams’s American Odyssey, (Philadelphia: University of Pennsylvania Press, 2015); and Peacemakers: The Iroquois, the United States, and the Treaty of Canandaigua, 1794, (New York: Oxford University Press, 2015).  He has published, as well, articles and reviews, and has worked as a historical consultant for native communities in New York and North Carolina, as well as for the Indian Resources Section of the United States Department of Justice.  He has won awards for his teaching and research in Montana and in New York, including the SUNY Chancellor’s Award for Excellence in Teaching.

A native of Ventura, California, Professor Oberg earned his Bachelor’s and Master’s degrees from the California State University at Long Beach.  He took his Ph.D in 1994 from Syracuse University. 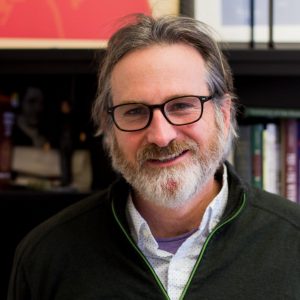 From 1994 until 1998, Professor Oberg taught at Montana State University at Billings, before moving back to upstate New York in 1998.  With the exception of one year spent teaching at the University of Houston, he has been at SUNY-Geneseo ever since.  He lives in Rochester, New York, with his wife Leticia Ontiveros and their five children.